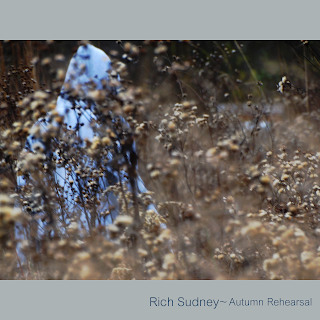 ~ Autumn Rehearsal~
Thinking of nothing else but the very fact that he is out of the hands of his creators. Free as his envisions of mind and spirit, each step is a rhythmic metaphor of the music pulsating through the ears. Whether it's the sound of the fall leaf's beneath his walking shoes or the melodic chords being struck in even intervals, he's the type of person that can not think without music in fluid formations as the typical person would. This daily journey from the norm  is the only activity with meaning and calmness. His way out of the hibernation from solitude. A relentlessness urge everyday at 11 o'clock in the morning, walking the same route in the same cloths in the same mind set of escapism. The walk is always pleasant, nothing unnatural about it. No, he isn't hurt or sick minded, in fact his appearance towards others is pleasant to the extend of being a very likable guy. Talkative, good natured and playful. In fact the opposite sex thinks he's a very handsome guy. All though there is something about our sentimental stroller that makes woman uneasy. That fact that he's middle aged and single? Maybe? For whatever reason that keeps the ladies at bay, he and certainly we shall never know. 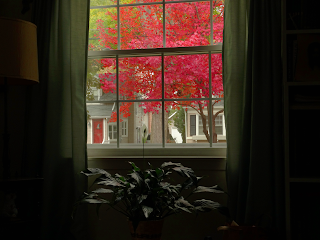 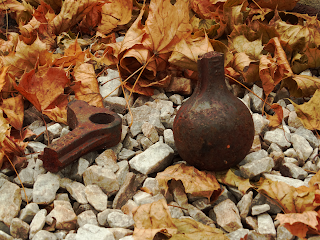 It is early November. The autumn leafs  are starting to fall from the trees. Feeling the weariness from these centenarian  oaks and maples, as they shed their summers cloths for winters meditative journey underground to the root of all things. The crisp air and deep blue sky is punctured indecisively with pin-point streaks of red and yellow hues of softly descending leafs dancing from side to side on ward down to their final resting spot on the ground, only to decompose and complete the cycle of life. The sun is out. Having a break from the relentless fall rains in October, he's amazed of the pure show of autumn in the morning. The cold air is broken apart by packets of warm air leftover from the summers dry season. As he walks through old neighborhoods peppered by modern 1950's one floor houses, the bright sun enhancing deep reds in maple leafs hanging on for dear life on the branches and reveling rain drops collected by garden hedges with sparkling brilliance from the late morning sun rays. Oh what a grand day to be out.!

Along his daily jaunt, many clues about truth present  themselves to him but only time and time again they fail to awaken the firm mind of a repeat offender of repeated tasks. Walking towards mid-journey, the very high school he had attended as a teenager. Built in the 1920's and looking as if it should be town hall then a school. Ornate in design, it's stone clock tower still chimes it's students to class. Drunk or sober. The bell tolls 12 noon. "Times a wasting in this lifetime!", an old Indian baba once said when asked about the reluctance of growing old. "12 noon ! I better get going back home." our willing walker weighs in on his decision. Passing by a trash can beside the football field, he sees a squirrel picking at thrown out food from last nights homecoming football game. It's paw grabbing food disparately from a plump bulbous torso ripe for winters harsh long cold day's. With one swift movement, the fat of this patch of land rushed up the trunk of a nearby maple tree with food in mouth, saving for a day in need. "Save not want not or was it save for a rainy day", he rationalized while walking past the gold coin shimmed in between the pavement crack by his jaunting feet. 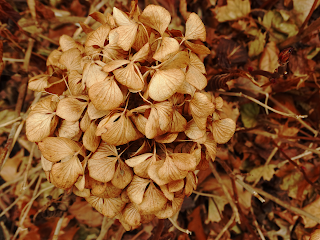 Continuing on. This peculiar parading person had to stop at a traffic light where automotive turning procession ensued. The bright red "do not walk" right hand flashes in and out along with his pulsating heart beat, synced with up-beat dubbed techno rhythms in his ear's. The chaotic car continuance stopped and restraint of traffic initiated. Like twins, both the white blinking walking dude and him dashed across the street void of any auto-motives.  About three quarts of the way to the other end of the street, a car making a right hand turn, blindly pushes it's way into the cross-walk boundary lines where our prudent pedestrian path crosses. Unaware of a collision, the driver slams on the brakes making a loud screech of the wheels. Shocked, both driver and walker looked at each other in disbelief. Not saying a word but with cursing in his mind. He thinks to himself, "People are to much in a rush these day's." "Just put the cell phone down and drive - idiot ! ". 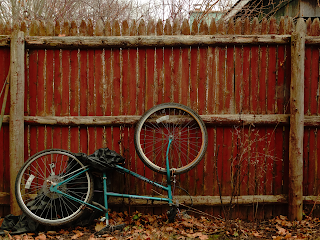 Unscathed from the delinquent driver, he continues onward. A mile down the same road he often takes on these brisk walks, in a secluded part of the neighborhood, quiet and untouched by traffic, he crosses a lonely road. The morning air is still just like the silent solitude of this area. Only sounds that are heard is from the migrating geese flying across the skies, southward. At the other end of the intersection is an old oak tree nestled in a ring of garden hedges. Not thinking very much about the tree, there are of course thousands of trees just like this one around town. But, for some mysterious reason he paused for a second to retie is shoe laces. Crouched over and fumbling with wet laces, the kind that feels more like live snakes. Slithering, always escaping from your grip, never comfortable in one position - yeah, that kind. He suddenly hears the unmistakable call of a Robbin by his side in close proximity. Used to the various sounds birds make but this one sounds different. Younger and more desperate sounding . Glancing towards the call, at the base of this grand oak tree in the brushes pops out a baby Robbin. Still wearing it's first malt, looking more like a light grayish fer ball. the fearful fledgling fowl bounced it's way towards him looking straight at him. 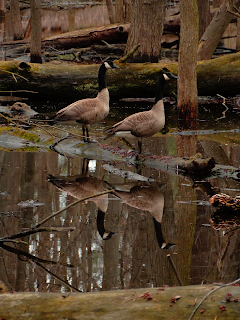 "Well where did you come from and where's your mother?", questioning the baby bird as if it's a human. Rising from his shoes, he stared down. Both looking at each other. Another chirp belted out from baby robbin. "You must of fell out of your nest, right?", exclaimed while he bent back down with his finger extended. Like with all animals, a helping hand is always his number one priority. Placing the finger just inches in front of the baby, unsure as to it's reluctance, the baby did the unthinkable. It leaped onto his finger grasping tight as it could. The fully developed razor sharp claws wrapped around his finger almost puncturing through the skin of his finger. Un-phased by the pain, he gently lifted up the baby robbin toward his face for a better look. "You can't stay on the ground buddy. You might get eat'en up by a hawk.", again talking to it as if the baby was a human. "Let me take you to a safer spot so mama robbin can find you". Searching around for a good spot he turns around and sees a branch at shoulder height on another oak tree across the street. With a smile of relief he said ,"I just passed that tree. I'll take you over there". A careful protective walking stride much like walking with a full pint of beer,  as not to drop the poor fellow fowl, a car drove up to the stop sign as he was walking across the intersection. In it, a young mother with her child looked in amazement  seeing a him walking towards them with a baby robbin perch on his finger. Walking in front of them at the stop sign, the mothers eyes grew wider then a deer in the lime light of a cars head lamps. The mother pointed towards him in astonishment, trying to signaling to her child in an attempt to detour her child's amusement with their electronic "personal distraction apparatus" (PDA). As if the car wasn't even there, he walks undistracted to the other oak tree where he places the baby robbin on the branch. "There! All better now" he said to it as he turned around and continued walking back home as if nothing happened at all. 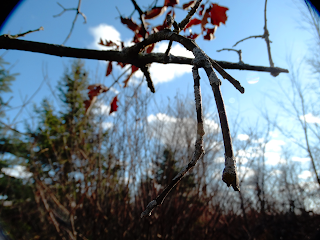 Ending his walk as he always has done, with a stretch of the legs at the base of his driveway and on time at exactly twelve noon ? He walks up the driveway to the side door. Noticing a bird sitting on the chain-linked fence that runs along side of the driveway. At a distance it didn't look like anything out of the ordinary but as he got closer and closer the bird didn't fly away as other birds would. Even closer he realized it was an adult robbin, the baby robbin's mother. They both looked at each other for a minute. This gaze between them, almost supernatural in context that spoke more then words could describe. An existential conversation of the most basic emotional language that is mind and spirit. At that moment during the process of non-verbal communication, something akin to a subconscious telepathic connection between minds, he realizes that his mundane walk which has always been the same, was now extraordinary on spiritual level. Teachings of the spirit world and beyond, had come forth in a mundane sense. The helpless baby robbin, was it a message from a spirit? Or was it a simple coincidence that an animal would just pop out of nowhere in a busy city environment, asking for help? 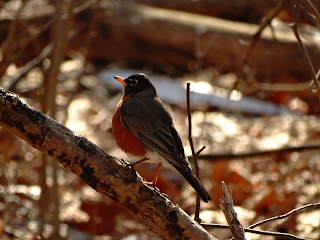 The mother robbin chirped and flew away from the chain linked fence and so he walked in the house, looked at the kitchen stove clock - twelve noon it read. Not 12:01 or 12:43 but exactly 12:00. Nowadays's he can be found reenacting his same mundane daily walks. The same it has been. On time and on the same route. Sometimes with birds following close behind him. 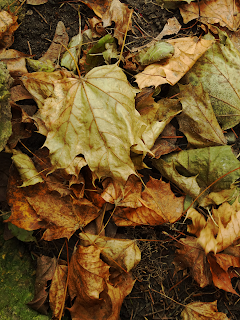 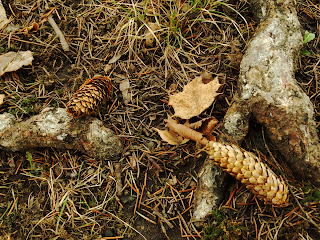 Posted by ionosonde recordings at 7:11 PM